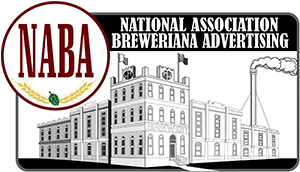 Does anyone have some history of the Shasta Water Co? Wiki has virtually nothing that helps. I am using Dave's fantastic new revision, but the Shasta's are always a little vexing. I would like to know when the Shasta Water Co. was bought by Consolidated and when they moved their operations from San Francisco to Hayward.

Here are the mandatories that I have for the "mountain" cans:

I am guessing that I have laid them out in chronological order, but that is only a guess without knowing more about the company's history.
Last edited by Pokey on Tue Jun 09, 2020 7:00 pm, edited 1 time in total.

“Common sense is not so common" - Voltaire.

The only history I am aware of is found at https://www.shastapop.com/history/
Most wanted can finally found!
Top

(MI-Cans)
Disclaimer:
Any Information Provided Is For Reference Only. Use At Your Own Discretion.

Knowledge Is Power But If Shared, It's Even More Powerful.
Top

Great information! Thank you.
“Common sense is not so common" - Voltaire.
Top

Return to “Soda/Pop Can Collecting”